Companies such as Captello provide an interface to build your own game. Many areas in the game such as backgrounds, logos, game elements, etc. can be easily customized. Offer sponsorship opportunities on an entire game or dissect a single game into individual sponsorships. One of our favorite examples of this is Whack-A-Mole. Instead of the stock game, show organizers could build a Whack-A-Microsoft, assuming Microsoft was the sponsor, and change logos and elements popping out of the hole. Check out Whack-A-Zoom here for a version we built for Zoom.

2. Sell sponsorships at a photo booth or other digital experiences.

The photo booth presents a dual opportunity to create additional revenue between the photo booth and gallery. Inside the photo booth there are customization opportunities for “stickers”, which are elements that can be placed on top of your photo, as well as logos and custom frames. Let’s assume Microsoft was again the sponsor. Have a Microsoft shirt or hat as a sticker that attendees can add to their photo and share on social media or in the gallery. Inside the gallery, more revenue opportunities exist. Logos and backgrounds can be customized in the gallery. The gallery can be displayed live on a web page, posted to social media, or projected on a wall during your event.

Captello provides a digital gift card catalog with over 250 gift card options. The portal that attendees visit to redeem their gift cards can be customized with a sponsor’s logo and colors.

Similar to games, leaderboards have their own builder. Every element of the leaderboard can be customized. Show organizers can generate revenue from a sponsor-backed leaderboard that displays their images, logo, and color. Check out this page which highlights the areas that your sponsor (or sponsors) can brand.

Think about the main lobby or concierge area of your event as another opportunity to generate revenue from sponsors. Inside these areas you can run educational games, entertaining games, or deliver unique experiences such as a treasure hunt or photo booth. Use as much space real estate as you can to garner additional revenue.

Waypoints are QR codes that can be customized with colors, style, and logos – making them a great opportunity to sell to one or more sponsors. See our companion article on “14 Ways Show Organizers Can Increase Attendee and Exhibitor Engagement at Live, Virtual, and Hybrid Events” to better understand how Waypoints can be used in combination with unique experiences to maximize sponsorship spots.

Host a poll inside educational sessions. Poll answers are launched from a QR code, once again presenting a revenue opportunity for show organizers. Attendees scan the branded QR code to start answering poll questions on their mobile device.

The sponsor can offer a prize to one or more winners. The prize could be one of the sponsor’s services or something more generic, like a vacation that’s offered from the sponsor. All digital activations provided by Captello have a prize system built into them. Whether they’re prizes such as vacations, or digital gift cards, the options to generate incremental revenue are numerous.

All digital activations/games in the Captello library include optional screensavers. Generate revenue from sponsors by offering them an opportunity to display their company’s products or services on the rotating ad. Ads can be displayed on kiosk-hosted games or games running on any mobile device.

Show organizers can generate additional revenue from exhibitors by selling them activations. Providers such as Captello work with show organizers on special rates. These services can be sold for additional revenue to exhibitors or included with premium booth space purchases. Exhibitors get more value than just standard lead retrieval, as games attract and engage attendees at the event.

Universal Lead Capture, also known as ULC, is a premium lead retrieval option over standard lead retrieval services. ULC enables an exhibitor to capture custom questions, qualify leads, send data directly into their CRM or marketing automation system, and so much more. A ULC also works outside the booth space, allowing exhibitors to capture leads throughout the entire event, beyond exhibiting hours, inside and outside of the show venue.

12. Sell exhibitors access as a stop on a tour (tech, startup, etc.)

Create tours for your event, such as a tech tour, startup tour, or tour of solutions in a specific category relevant to your event. Exhibitor booths can act as one stop on the tour. These stops can yield $1K+ from each exhibitor. Attendees get value from having the tour organized into stops that they particularly care about while participating exhibitors get the increased foot traffic they want from the event.

13. Sell kiosk terminals with “attract loops” to pull in attendees

A kiosk with rotating calls-to-action (kind of like a screensaver on your computer) is an upsell opportunity for show organizers. Kiosks present an alternative or additional opportunity over standard lead retrieval for exhibitors to better showcase their services.

Exhibitors can also grab paid spots on the leaderboard with background imagery, logos, and more.

We had a client that sold large tires. They attended an event where multiple exhibitors were showcasing their own products (tractors, machinery, etc.) that had the manufacturer’s tires on them. The manufacturer spoke with the other exhibitors and created a product tour where attendees would walk around the event, inspecting tires, looking for QR codes. When an attendee found a QR code on a tire, they scanned it and were identified as a new lead. The tire manufacturer got increased exposure of their tires, while exhibitors generated additional booth traffic – resulting in a win-win. Show organizers can offer certain exhibitors these paid opportunities to participate in their own product tour.

If you’re a show organizer looking for ideas to generate more revenue, let us know! We’re happy to ideate with you to help make your events a huge success. For more on how to increase revenue at your next event, check out this podcast with Captello CEO Ryan Schefke and Victory Production’s Bill Mcglade.

To see how Captello’s growing library of digital activations (games), universal lead capture, and reward-based solutions can help your company generate more leads at your trade shows, contact us today! 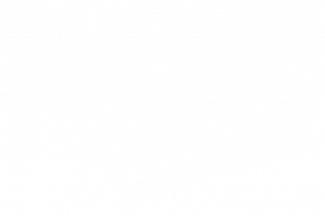